City of Allen boards, commissions and committees advise the City Council on a variety of issues. Most appointments are two-year terms with no term limits, although a few have three-year commitments. Terms are staggered, with half of the membership appointed each year. Terms follow the City's fiscal period which begins Oct. 1. 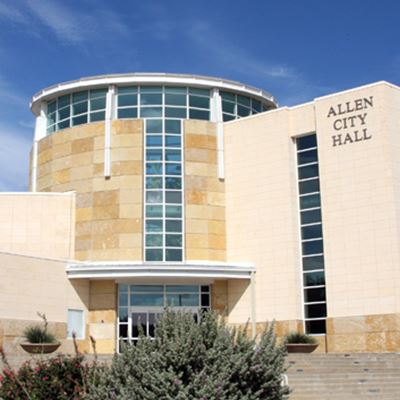 How to apply for a board, commission or committee

Applications are accepted during the summer, typically from June to August. Residents may apply online or pick up an application in person at the City Secretary's Office at Allen City Hall, 305 Century Parkway. Applicants are encouraged to attend at least one meeting of the board of interest prior to application.

Qualified voters with one year of Allen residency are eligible to apply for positions with any of the council-appointed boards.

Qualifications for the Economic Development Corporation (EDC) Board also extend to non-resident applicants who have been employed in a management position for at least one year with a business or company located in Allen. A person appointed to the EDC Board who does not meet the residency requirement must be continuously employed in a management position by an Allen-based company during the full term in office. (Ordinance No. 2155-4-03, Sec 2-231. Qualifications)

Qualifications for the Convention and Visitors Bureau Advisory Board also extend to non-resident applicants who are employed in lodging and tourism industry located in Allen.

All applications received, including those from incumbents, will be reviewed and considered for interview. Interviews are typically held in late August and early September. Appointments are made in September and effective Oct. 1.

Applicants are encouraged to attend at least one meeting of the board or commission they wish to join. All appointees must attend a mandatory orientation conducted by the City Secretary and City Attorney.

Board members are considered to be "officers" of the City and, as such, are governed by several ordinances including the Code of Conduct Ordinance and financial disclosure provisions. Conduct must avoid both actual and potential conflicts between private self-interest and the public trust.

Board members who miss three meetings or more than 25% of the board’s meetings held during a rolling 12-month period may not be considered for another term. Special exceptions on the removal of members for absences may be made by the (Nominating) Committee when the absences are due to limited extenuating circumstances and the absences do not affect the ability of the board to maintain a quorum.

Visit the board, commission and committee pages below for meeting information, membership rosters and meeting agendas. View the Code of Ordinances, Article IX - Boards and Commissions for all applicable information.

Ad hoc committees are created to address a specific topic or issue during a set period of time. Members are appointed by the Mayor.